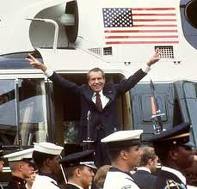 I’ve been following reports from the meeting as reported by Kathy Nicholls at her MT Tools Online blog, as well as the ACE365 website at Ning and I find myself wondering if medical transcriptionists can afford to let this organization continue to represent to legislators and the health information management community that it is the voice of the industry.

AHDI now counts among its membership over 10,000 members as a result of requiring KB users to be associate members of the organization.

Associate members are those individuals who have qualified for membership under a third-party vendor contract and have received this membership offering through the purchase of a contracted product or service, such as Benchmark KB. Only users/purchasers of those products and services qualify for this membership category.

Unfortunately, AHDI doesn’t go into detail about what associate members get with their membership, but it’s my understanding they cannot vote and they cannot hold office. In effect, therefore, there are only roughly 5,452 members in other categories. According to MT Tools Online, reportedly 30% of the total membership number is in the student category (also unable to vote or hold office), but that number is mixed with students who receive the KB as well. Subtract an unknown number of corporate, institutional and educational members and who knows how many that leaves in the individual professional category – those who can vote and hold office. Certainly, less than 5,000 and probably closer to 4,000. That’s down significantly from the 7000 individual professional members reported several years ago; and it is certainly a smaller and smaller pool of people who are eligible to hold office, much less vote.

Actions this week at ACE that make it look like AHDI leadership has been taking their cues straight out of the Tricky Dicky book of Dirty Tricks. The House of Delegates’ (HOD) vote to retain the present members of the HOD for another year gives me flashbacks to an illegal secret Board meeting held in California years ago and reinforces the screw the membership mentality. If you don’t think your delegate is adequately representing your region – too bad. Like it or not, members will not get to hold an election of new delegates for next year.

Regardless of the reasons for this action, it’s illegal and a violation of AHDI’s own By-Laws, and possibly California law, where AHDI is incorporated. Niggling little things like that never seemed to stop this sort of thing in the past, so I guess nobody should be surprised that the dirty tricks continue. It should be frightening to realize that this is the same group that gives leadership seminars.

Frankly, I found Miriam Wilmoth’s comments on emergent resolutions before the HOD to be… well, enlightening.

… It is unfortunate, too, that any efforts to speak for members who are still confused, torn, or outright opposed to the way current issues before the House have been handled are met with accusations of dishonesty, that any dissenting opinion is met with an association-sponsored blitz of ad hominem attacks like none we have ever seen in this association – from the CEO, to selected (not all) board members, and even the Speaker of the House.

I’m having déja vú all over again.

I’m sure the response of the AHDI faithful will be – if you don’t like it, join and change it. OK, first of all – with no new delegates being voted in for next year, how much change can there be? I rather suspect the real purpose behind that move is to make sure the only changes made are the ones Dirty Tricks club wants made. And my personal response to that would be – been there/done that, got the T-shirt and what I experienced was eerily similar to what’s currently going on – burn the By-Laws, damn the torpedos and to hell with what the membership wants (what do they know, anyway?).

If we encourage our members to talk to us, to tell us what they think, to become engaged in the purposes of the association – yet when they open their mouths to speak effectively they find their integrity called into question – do we really think they will continue to speak?

And after reading this comment – again made by Miriam Wilmoth – is there any question that you would plop down your $135 annual membership fee only to be told screw you very much? Because that’s what’s already happened to current members.

I’ve already seen a slew of long-time members – members who were active in leadership positions – drop their membership and leave AHDI. And yet the insanity continues. Obviously, the number of core members – those in the individual membership category – has dropped drastically over the last couple of years. And instead of addressing the issues and concerns of members and former members and asking what they could possibly be doing wrong – many of those who remain at AHDI write off criticism as sour grapes or negativity and then drop their heads back into the sand. Because as long as you can write off the people who bring up the issues, you don’t have to actually take responsibility and address the issues. And I’m not even going to get into how AHDI has ignored the fact that nonmembers could be potential members. (More on that in another post, where I’ll talk about a publication by an AHDI staff member that makes it clear what the attitude is about us.)

39 thoughts on “Can you trust AHDI to represent the industry?”