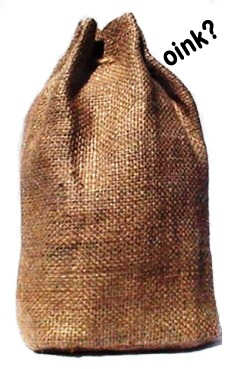 I was moseying along in the medical transcription blogosphere today – in my opinion, part of my duties as webmaster/owner of medical transcription sites – when I decided to check out a tweet sent out by Kathy Nicholls about some changes being proposed in AHDI governance. Here’s Kathy’s tweet:

KathyNicholls: AHDI proposes governance changes. What are your thoughts? http://bit.ly/dB8eeT

Now, I had nearly made a vow to leave AHDI alone. I’m not a member and haven’t been now for several years (not counting one year of corporate membership). I’d say I don’t care what they do, but by golly I run a forum for medical transcriptionists and they get discussed – so I decided to go see what Kathy was talking about.

So now we have AHDI proposing another change in governance. Whether or not it’s a good change for the organization isn’t the point – I don’t know and I don’t really care. But, according to what I’m reading on Kathy’s blog, AHDI doesn’t even know the financial impact of what they’re proposing, yet it’s supposed to be taken to vote at the annual meeting the first week of August. Am I the only one who wonders why the rush?

Some of the comments at Kathy’s blog indicated that maybe members haven’t been very informed about this proposal. I consider Kathy – a former president on the national board of AAMT and a former HOD delegate and president of the HOD – to be pretty plugged in. If she doesn’t know about it, it doesn’t say much for how well information about this proposed change is being passed along to membership.

It appears the Town Hall meetings were first announced back in February – but the first Town Hall meeting wasn’t until the end of May, just 9 weeks prior to the ACE meeting and a vote on whether or not to implement this plan. Again, I’m reminded of the MTIA meeting – shouldn’t there actually BE a plan prior to announcing the plan? And what happened in the intervening months between mid-February, when this was first announced, and the end of May? According to comments made at the MT Tools Online blog, delegates were not allowed to disseminate information about these changes until a few weeks ago. Another comment was that the concept seems to change with every Town Hall meeting. There are, of course, the rah-rah posts – one commenter indicates she has been attending the BGG webinars “for several months” – which would be hard to do unless her definition of “several months” is what most of us would call a couple of months.

What I found most interesting were the comments by Miriam Wilmoth, a long-time member who has been very involved in the association for years.

Yes, there have been opportunities to ask questions – and to have some of them answered – but the “feel” of these meetings has all been one of an informational meeting and they have each projected that the BGG is a done deal, despite the fact that the House has yet to vote to move forward with it. Not once, when concerns have been raised, has anyone in leadership responded with the acknowledgement that yes, you have raised a valid concern and this is a problem with the new plan, or that anything needs to be taken back to the drawing board and re-thought. There is simply the continual message that this is the only salvation for our association and it must be done right now or we lose everything.

This doesn’t surprise me because this is de rigeur communication of the association to its members. I’ve said it before and I’ll repeat it: AHDI doesn’t actually hold discussions with members, they talk at them. The AHDI board has been very mother knows best with members, especially in the last couple of years. While I understand the need for the BOD to present a united front to membership and to keep its doubts and disagreements private, the united front seems unable to acknowledge the concerns of members or make members feel as though their input is valued, appreciated – or will even be considered. The end result is the feeling by membership that it’s being bludgeoned and the purpose of the Town Hall meetings isn’t actually to solicit input in order to formulate a plan – it’s window dressing for a decision that’s already been made and that will be rammed through because mother knows best.The fact that most of the people who serve in leadership at AHDI work very hard and are very passionate about what they’re doing is beside the point (the road to hell being paved with good intentions, and all).

Barb Marques, who is the current President-Elect to the AHDI BOD, says in her comment:

A couple of points I would make is that (1)perhaps all individual members have not heard first hand about the proposal, even though Townhalls have been open to any member. (2)I suspect the grassroot members will be hearing much more about this now that the component and state/regional association leadership, and the HOD, has been given several looks at the plan, several times now, and I hope ready to speak to their members on he subject with an assurance of understanding. Meetings with specific regional leadership (and anyone else they care to invite) will be held this and next week. The FAQs are available on the website for anyone to access.

I see no FAQ associated with that BGG. WHICH DOESN’T SURPRISE ME! After all, this is the same group of folks who start selling admission for a meeting with no agenda and asks people to vote on a plan that appears to still be in the planning stages. Link, please?

Of course the Town Halls were open to all members – but were all members adequately informed of them? Or are even members past the point of caring how AHDI reinvents its governance?

Keep in mind that the meeting where this vote is to take place is August 4-7, so all this discussion that’s going to take place is during the remaining two weeks before the vote. How many changes can be made after input from members in that short time?

If AHDI really feels it’s on the brink and needs salvation, and if it really wanted input from its members, it would have a frank discussion about the status of the association and present several alternatives, rather than offering up one “solution” to the problem for a vote in a few weeks’ time, especially when the proposed idea seems to be half-baked at this point. If the association is in such dire straits, surely it would be better served by a concrete plan and financial statement. The phrase out of the frying pan and into the fire comes to mind here, as does “a stitch in time saves nine.”

I’m going to go back to the proposal that got me into so much trouble with AAMT/AHDI several years ago and suggest that it’s past time for medical transcription to roll back into medical records. The case for this is even stronger now than it was the first time I brought it up. The evolving role of medical transcription in the medical records documentation process is bringing it more and more into the health information management sphere of influence. The people who really make the decisions about what happens in medical records – and in medical transcription – are in AHIMA, not AHDI. Let’s forget about MTIA for now – it’s a self-serving alliance of transcription service owners. The only comment of value about MTIA members I can make is to note that many of the C-level executives are most likely also members of AHIMA because they know the value of that organization to their business. At this point, AHDI seems to be spending a lot of time and energy struggling to make itself relevant, and reorganizing itself just to stay afloat. When it comes to legislation, it duplicates many of the efforts of AHIMA – only with less money and less effect. Doesn’t it make sense then to just roll it all into one organization? As a therapist I know once said: Sometimes a good divorce is better than a bad marriage. AHDI has, in my opinion, been a bad marriage for some time.