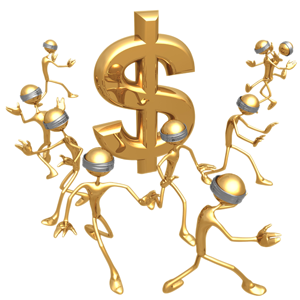 Years ago, I took the position that if someone accepts a job, at the rate of pay offered, they would be obligated to do their very best and not claim they aren’t paid enough to do a good job. For a medical transcriptionist, that may mean, among other things, looking up unfamiliar words, searching for the correct spelling, and proofreading before pushing the send button.

On the other hand, I also believe that the companies hiring MTs have an obligation to make certain work is available so their employees have an opportunity to maximize their earnings. This is especially true in the environment of production pay. From the MTSO standpoint, I completely understand the ebb and flow of dictation volume, and the constraints of ever-tightening turnaround times. It’s a balancing act. But shouldn’t we be better at it? Shouldn’t MTSOs care enough about their employees to attempt a better balancing act?

What I’m hearing from many MTs these days is that in addition to being paid less and less, they are sitting down in front of their computers, ready to work the shift hours assigned to them by their employer – and there is no work available. In fact, the lack of available work during scheduled work shifts is the complaint I hear more often than complaints about the per-line pay rate. It seems that many MTs have accepted the pay rate as being what it is (take it or find a new career), but they’d sure appreciate the opportunity to actually earn it. Hours and days of sitting and waiting for work to appear in the queue takes its toll on the finances. Likewise, finding the work in the queue is the worst of the dictators for that account, the queue apparently having been previously combed over by an industrious cherry picker, impacts the bottom line. It is frustrating, maddening and discouraging.

And when no minimum base rate is paid, and/or minimum wage and other labor laws are ignored and even consciously circumvented by the employer (see my prior post on wage theft tactics), it deals a blow to morale, usually resulting in deterioration of work ethic. “I’m not paid enough” doesn’t always refer to the per-line pay rate, it encompasses the whole picture as reflected in the paycheck one receives. If you sit in front of your computer, waiting for work, industriously hitting the queue in those magical moments when work becomes available, for not only your scheduled shift hours but additional hours (in an effort to make up the lack of available work during shift hours), and your average hourly wage on payday comes out to $5/hour, then I would certainly agree with the statement “I’m not paid enough to do this.”

My daughter works as a personal trainer for a company that pays incentive bonuses. The base rate is very low – for a personal trainer, minimum wage. However, the bonuses are generous. Trainers have a huge incentive to make their goals for bonus. At the same time, it’s the responsibility of the gym to see that they not only actively recruit more members, but that the gym is kept maintained and cleaned, in order to keep members. It would be impossible for the trainers to sell personal training and meet their bonus goals if the gym wasn’t fulfilling its responsibilities. At the gym where she previously worked, she didn’t get paid bonuses, but the gym also didn’t fulfill its responsibility of maintaining the gym and actively recruiting members so she had the opportunity to do her job. There wasn’t a question of whether she did her best for the clients she had, there was a question of the financial impact this gym’s neglect was having on her income, and how long she could tolerate the situation.

When an employer doesn’t fulfill its obligations, what are the obligations of the employees? Do you cast aside your work ethic? Do you start cherry picking, hoarding the queue, stop looking up unfamiliar terms and spelling, stop taking the time to proofread? Or do you soldier on, doing your absolute best, either because your work ethic is intact or because you’re afraid you’ll lose the job and not be able to find another, or because you believe all companies are like this? Which raises the question – is this job better than no job or some other job?

8 thoughts on “I’m not paid enough”