Home »Medical Transcription Exchange»Lead, follow or get out of the way 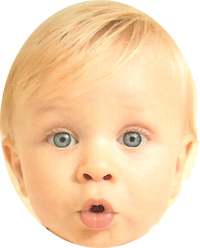 This is my surprise face

The discussion at the AHDI Lounge has taken on a life of its own. As usual, the more AHDI representatives talk, the more questions get raised.

Over the past couple of days, the conversation has raised some questions in my mind about why AAMT changed its name to AHDI. While telling medical transcriptionists they need to be forward-looking, prepare for change… blah blah blah… it becomes clear in some of the comments here that AHDI itself isn’t doing the same.

I think the challenge is that as an association, we don’t know enough about the scribe role to conclude that a 6-month training program is either too long or too short for this position.

Clearly, as pointed out in comments made by Kathy Nicholls, using medical scribes to facilitate physician use of an EMR isn’t a new concept. And also clearly, this occupation falls squarely within the mission statement of the organization. So why is it, at this point, AHDI doesn’t seem to know very much about medical scribing and it’s place in healthcare documentation integrity? Forget how it relates to medical transcription. The purported reason for the name change was to adapt to changes in how healthcare documentation is accomplished, and to lead those changes. But it seems that AHDI is as stuck in the medical transcription mindset  as the people it purports to lead and instead of taking a leadership role, it’s continuing to grope in the dark for relevance within the narrow definition of “as medical transcriptionists, where are we going?”

Lea goes on to say:

We certainly COULD represent the scribe occupation and most of us agree that this new role falls well within our mission, goals and objectives as an organization, but I think you’re missing the fact that we can’t just walk over to an independent workforce group that formed on its own, stamp an AHDI logo on their heads and say, “Shazam, scribes. We own you.” LOL

Here’s my question: Why not? They seem to have no qualms about claiming to represent the entire medical transcription industry. Taking a leadership role would entail identifying potential careers in healthcare documentation integrity and taking a lead in developing the job description, education and training requirements and credentialing for those careers. In fact, I was under the impression when AAMT changed its name to AHDI that doing this was the whole point. Whether or not medical scribing is a career that medical transcriptionists can transition to isn’t really the point; the point is, it falls within the mission, goals and objectives of the organization and therefore the organization should be leading the way in setting the standards. If it was leading the way, there wouldn’t be a need to tell medical scribes we own you; medical scribes or people looking into medical scribing careers would be coming to the organization, looking for information and direction.

In a press release (PDF) dated August 10, 2006, the following was given as the reason for the name change:

The House of Delegates voted on August 2, 2006, to change the name of the association to Association for Integrity of Healthcare Documentation and open the membership up to a broader sector of healthcare professionals involved in clinical documentation and data capture.

In terms of leading the way, AHDI gets a big fail on the medical scribe issue. Medical scribing is nothing new. In July 2008, the AMA News published an article about medical scribes (One answer to EMR data entry: Hire a scribe to do it).

Scribe companies, which previously had concentrated on hospitals, say they are finding demand for their services from individual practices.

Obviously, Scribe America not the first medical scribe company. I don’t know how long they’ve been in business, but their domain name was registered in 2004. Abbott Northwestern Hospital launched a physician scribe program in 2006.

So where is this change leadership we keep hearing about? You can’t say on the one hand that you’re leading change, then turn around and say you “don’t know enough about the scribe role,” a healthcare documentation career that’s been around for over four years. What other healthcare documentation careers has the organization not identified, not taken the lead on, not informed its members about? Four years is certainly enough time to evaluate the broader sector of healthcare professionals involved in clinical documentation, but maybe they’ve been too busy trying to decide whether or not to keep the House of Delegates and otherwise restructuring the organization of the organization.

3 thoughts on “Lead, follow or get out of the way”