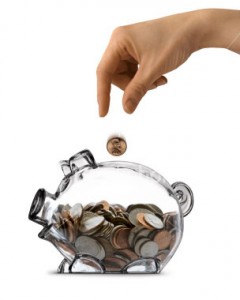 I was reading the Los Angeles Times on Sunday and came across an interesting article that referenced an even more interesting report: Broken Laws, Unprotected Workers (PDF file).

Wage theft, as documented in surveys, regulatory actions and lawsuits from around the country, takes many forms: Forcing hourly employees off the clock by putting them to work before they can clock in or after they clock out. Manipulating their time cards to cheat them of overtime pay. Preventing them from taking legally mandated breaks or shaving down their lunch hours. Disciplining or firing them for filing lawful complaints.

Nickel-and-diming pays well, for the employer.

Any of that sound familiar? Some MTs have filed class action lawsuits based on exactly those issues.

Let me add another one that takes a lot – and I do mean a LOT – of money out of the pocket of working MTs: not having work available during scheduled work hours, while requiring that MTs be available to do work during those hours (whether or not there is actual work), then not paying for the time they aren’t working. This is a hot button for me. If you showed up at your place of employment for a regularly scheduled shift, you might be told there’s not enough work to keep you there and you’d be sent home with no pay for the day, but I don’t know of any situation where you’d be told to sit around and make yourself available to do work – without receiving any pay. Working from home shouldn’t make it any different.

Let’s say for kicks and grins that the largest employer of MTs in the United States has 15,000 MT employees and they are required to set a base hourly rate of $10 (I’m rounding numbers here – the base in most cases would likely be your state’s minimum wage, whatever that is, unless you negotiate a higher number). Let’s say that on the average, every single MT has 5 scheduled hours a week where there is no work available. That’s 75,000 hours total. At a base rate of $10/hour, that’s $750,000 a week savings to the employer when no work is available and no base pay is paid. Since MT is a 24/7 business, I’m going to multiply that number by 52 weeks in a year. You can do the math yourself, but just for the gasp factor, I’ll tell you it’s $39 million a year savings to the employer. And those MTs? If you expect a base hourly rate of $10, your employer stole $2600 out of your pocket in one year of not paying you for 5 hours a week of not getting work during your scheduled work hours.

Let me throw out another familiar scenario. Every MT in the company is required to attend a phone conference, which is scheduled to last one hour. I’m going to be generous and say the company is going to pay a base rate for the one hour – but only one hour. OK, fine. But let’s say the conference runs over and instead of 60 minutes, it runs 90 minutes, and everyone is required to stay in the conference until it’s finished. The company can run that meeting as long as they like, but by only paying for one hour instead of the actual run time of the conference, they save $75,000 when the conference runs 30 minutes past the scheduled 60. If they require attendance but refuse to pay (no hands on the keyboard, right?), they save $150,000 per hour. And there you sit, not being compensated for attending a required meeting, while the company saves itself a big chunk of change. It’s probably not going to chap your hide when it happens occasionally, but let’s say you have bi-weekly meetings you’re required to attend without any compensation. Even if they last 30 minutes each, at a base rate of $10/hour, the company is robbing you of $130/year and you can do the rest of the math – 60 minutes, 90 minutes, every week, once a month.

How about meetings, training sessions, etc? Try reading this article: Do you pay employees for time spent renewing credentials?

The Fair Labor Standards Act requires that employees be paid for time spent in meetings, training sessions, or similar programs unless four criteria have been met:

If any one of those criteria is missing, the time has to be paid.

Do you ever wonder why employers don’t require MTs to be credentialed? Most likely because in other industries, employers have either lost a lawsuit or they’ve come out on the wrong end of a government investigation when they require a credential but don’t pay any of the expenses of getting and/or maintaining one – including time. If it costs about $500/year to maintain a credential (not including time), multiply that by approximately 10,000 employees (just for the sake of round numbers), and that employer now saves a whopping FIVE MILLION DOLLARS A YEAR. If you find that whopping, and if you haven’t read the report, consider that in three cities alone (Los Angeles, New York and Chicago), this kind of nickel and diming by employers costs low-wage workers $56.4 million a week. Let me rephrase that: it saves employers $56.4 million a week. That’s almost $3 billion a year.

We see few large companies classifying MTs as independent contractors these days. Frankly, I believe most smaller companies do it more because they simply don’t have the resources to deal with the paperwork and regulatory requirements that having employees generates. It’s a nightmare (ask me how I know). That said, it’s also a very fine line, one that most companies cross, even when they have the best intentions. For me, it would be a barrier to returning to running an MT business. Getting caught classifying employees as independent contractors will create a nightmare all on its own, leaving a small business with a choice of a rock or a hard place and likely taking its chances on not getting caught.

My favorite term in this article? Wage theft techniques. When employers don’t pay employees according to legal requirements, they are stealing from you. You may read this post and the referenced articles and get all fired up to do something. You may read it and just file the information away. The goal is to keep medical transcriptionists informed.

I feel the best single source for information is the Department of Labor Wage & Hour Division website and the DOL How to File a Complaint page. There is also a list of state labor offices, with contact information and links to each state website.