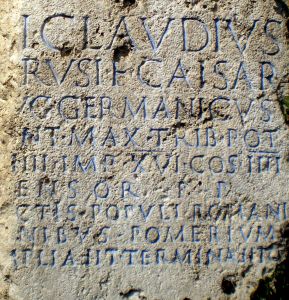 The question has been posed to me, on more than one occasion, about the possibility of medical transcriptionists transitioning to the role of a scribe. Every time, this is the article link that gets sent to me: Modern Healthcare – Docs using scribes to ease EHR transition. (This requires a login to Modern Healthcare; registration is free.) The company being discussed in the article is ScribeAmerica.

So here’s officially what I think.

On the surface, this appears to be a good job for a medical transcriptionist. I see several obstacles, however, to viewing this as the saving grace of a dying career.

Scribe candidates are college graduates, many of whom are multilingual and “highly motivated,” Pierog said. Typically, the person she is looking for to join her staff is “someone who has an intense interest in medicine and is looking to go on to something else,” quite often medical school.

“It’s not hard to find scribes,” she said. “The program has a 300-person waiting list.”

The majority of the current medical transcription workforce isn’t composed of college graduates. If a college degree becomes a requirement or a preference for scribing jobs – and based on this statement by ScribeAmerica, it looks to be heading in that direction – the majority of MTs would not be candidates for these jobs.

That’s not to say it should be ruled out as an option. It’s quite possible that, given the skill set medical transcriptionists possess and how it applies to the scribing position, the preference or requirement for a college degree would be waived. The articles says that about 30% of its hires are people with secretarial backgrounds.  It’s certainly worth a shot for any MT who is interested in doing this kind of work in order to transition out of medical transcription.

Esquibel said there is “a very strong correlation” between eventual success as a scribe and a candidate’s prior successful work experience in service-sector jobs, particularly as a waiter or a waitress. “There are a lot of the same patterns,” she said, in keeping multiple food and drink orders straight in a restaurant and keeping tasks and records straight in a busy ER.

Transcriptionists sit in a (preferably) quiet room and do one thing – they transcribe. One could argue that working at home requires multitasking, but it simply isn’t conducive to productivity in transcription. There aren’t many things you can do while transcribing, and be productive/accurate.

All of these advantages go away with the scribing position. It absolutely requires that the scribe go to where the physician practices medicine. In my opinion, that’s going to eliminate many current MTs who might otherwise be interested in this as a career.

Even supposing that the issues of caring for children and/or other adults are removed, I know a lot of MTs who say the ability to work at home has provided them with the only available option to make money, given their rural location and lack of local job opportunities.

Then there’s the pay rate…

OK, first of all – it’s better than no job at all, right? Second of all, I know MTs who make about that. The big HOWEVER is – they’re making that while working at home, not having to go into a hospital (where most of these jobs are based).

Those are the obstacles I see to current medical transcriptionists transitioning to the scribing career. The other obstacles require me to take out my crystal ball and making some predictions about the future.

Prediction #1: Technology always gets better. That’s not a crystal ball prediction, it’s a fact. Therefore, it stands to reason that EMR software will continue to improve in functionality. Hardware will continue to improve. The two put together will be more intuitive and easy to use. (Consider Apple’s iPad a major game changer – the healthcare technology forums are going crazy over what it will mean for mobile healthcare and EMRs.) As software and hardware improve, it will be easier and easier for doctors to use the technology without assistance.

Prediction #2: I think the demand for scribes will decrease as older doctors retire and are replaced more and more by doctors who can’t remember what life without a computer is like. Keep in mind that the youngest doctors already in practice probably remember not having a PC at home, but likely had one by the time they were in their teen years, depending on their family circumstances. Medical students currently close to graduation are very likely to do their internships and fellowships at hospitals that already have EMR technology. The “computer generation” of doctors will be comfortable with technology, likely more so than with dictating.

Prediction #3: Whether or not hospital  and clinics are going to want to add the expense of scribes will depend on how much they see billings drop as a result of doctors trying to deal with the documentation on their own, and how much value the scribes add and whether that all balances out. It appears to me from the article and the ScribeAmerica website that they’re specializing in ERs and in EMR transition. Is there longevity in a service that’s offered on such a limited basis; and, in the case of EHR transition, for a finite period of time – will healthcare providers be willing to continue the expense of a scribe post-EHR transition?

I think for MTs looking to transition to a different career, the decision to become a scribe depends on a number of things. First and foremost would be whether you are able or willing to work in an office, and whether you live in an area where this kind of job is available (or other jobs that are just as good or better).

Second, do you want to transition to a career that doesn’t pay much better (or any better) than MT and may be just as short-lived? If you believe my predictions are fairly accurate, then you’re looking at a career life that’s approximately equal to MT. It might be worthwhile if no additional expense for schooling is necessary.

Since the article states they have difficulty finding people who will stay or can do the job, I have to wonder if the same inverse supply-and-demand that has resulted in stagnant pay in medical transcription is going to take place in scribing as well. The pay rate doesn’t seem to be in alignment with the statement that good people are difficult to find and keep. Maybe there’s a lesson there that ScribeAmerica needs to learn, or maybe its due to the financial constraints of healthcare being in play again, I’m not sure.

While I just don’t see this as being a promising transition career in the long term, I think whether or not it’s a better option than MT will depend largely on the individual circumstances of the MT.

6 thoughts on “From Medical Transcription to Scribing?”