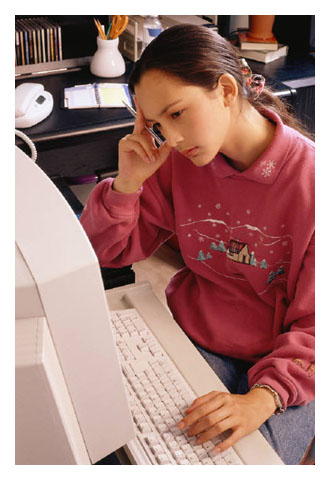 I’m not going to name names but let’s call those two schools Harvard and Stanford.

There are only two problems with this:

Not everyone who applies is admitted to a prestigious school

Just like the real Harvard and Stanford, the two schools generally considered to be the top programs have screening processes. Why? Because not everyone is cut out for their program. Heck, not everyone is cut out to be a medical transcriptionist. Screening improves the program completion rate and ensures that the people who attend the program and graduate are in the Most Likely to Succeed category. It’s self-fulfilling policy that, although difficult to practice at first, ensures that the reputation of the school grows with every class that graduates.

The additional benefit is that there are fewer people admitted to those programs who pay their money and THEN discover they’re in the wrong career or school. They may be told at the time they’re rejected that this isn’t the career for them, but what they do with that information is up to them – Stanford and Harvard will not be taking their money and attempting to massage them through the program so they can finally (marginally) graduate and proclaim that they are now a graduate of the fine institution. This is good for the school because someone who has to be massaged hand-held throughout the program most likely isn’t going to be the most successful MT and Stanford and Harvard have a reputation to maintain when it comes to their graduates. It’s good for MTs because they aren’t wasting their money – at least not at that particular institution.

There’s another aspect to exclusionary admissions: not everyone who wants to go to Stanford and Harvard ought to go there. Every school teaches in a particular style and some students aren’t suited to that teaching style. A student who might fail miserably if admitted to Harvard or Stanford might thrive on the teaching style at a community college. The reason variety is the spice of life is because we are all unique and uniquely human. Experience is not a one-size-fits-all proposition; what worked or didn’t work for one person produce the same outcome for someone else. And frankly, it’s pretty easy to say “I could’ve done better if I’d gone to Harvard” – but we’ll never know, will we?

Not everyone can afford to attend a prestigious school

Let’s face it – the top institutions can charge more because of their reputation. And not everyone has the means to pay for a top-grade education. That’s why public universities, junior colleges, community colleges and vocational schools exist.

But! but! but! We hear the school war mongers cry: they won’t do as well if they go to a lesser school! they should be willing to sacrifice, pay the extra to get so much more!

Well, there’s reality and there’s reality. If part of the reason we’re trying to steer people right is because we don’t want women who are already struggling financially “waste their money” on a substandard education, I’m not sure I see the justification for the argument. I don’t want to see them waste their money, either, but you’d have to define a substandard education. I’m sure the community colleges would assure you that although they know they aren’t Stanford or Harvard, they provide a perfectly adequate education, especially for the price. And they graduate people who are able to find jobs. Is it easier for people with a Stanford or Harvard degree to find jobs? Probably. Is it impossible for people with community college degrees to find jobs? No. That’s the reality.

For someone who is having difficulty buying groceries, wondering if she will even make enough money to pay back what seems like a huge sum, it’s not realistic (and perhaps a bit arrogant) to tell her she needs to cinch up a little bit tighter and pay 30% more to attend a school that will get her a job that won’t pay any better than the one she’ll get when she graduates from “the other” schools. The reality is, she can get a job with a certificate from the less expensive school. The reality is that someone who is motivated and has the basic skills will probably do well for themselves whether they go to Harvard, Stanford or the local community college. The reality is that there are some very decent vo-tech and community college MT programs in operation that don’t cost thousands of dollars.

Every parent knows it’s important to pick your battles. The wars being fought in some of the MT forums are, for the most part, over schools that have a legitimate place in the industry. I concede some have aggressive (and tacky) marketing techniques but that doesn’t make them de facto “matchbook” schools or invalidate the education they provide. At the same time opinions and insults are flying back and forth over the decision to attend a third- or fourth-choice school, there’s someone over on Ebay selling a 20-page “e-book” on how to become a medical transcriptionist and the Google ads at the same site where the discussions rage are advertisements for yes – matchbook schools, alongside “lowest prices for medical transcription!” Do you even need to ask which I find more offensive?

There seems to be a great desire to make sure no misinformation is spread (indeed, this is frequently given as the reason why someone continually harps on a topic every time it’s raised), yet many who say they only want to correct misinformation are spreading misinformation themselves. People reading the forums need to know who the poster is, their motives for saying what they say and the experience that qualifies them to be an expert. Maybe as a working MT someone has a unique perspective on their own experience getting hired; however, that doesn’t equate to experience in hiring transcriptionists. “National companies aren’t likely to hire someone from a community college program.” I’m sorry – an MT with no management or hiring experience just doesn’t know enough to make such a generalized statement. I said this on the internet forums 10 years ago and I’m still saying it: know who you’re talking to online, the background of the person giving advice, and take that into consideration because a lot of them are talking off the top of their head, which seems to explode with regularity. I’ve been in this business for over 20 years. I’ve hired literally hundreds of MTs and had thousands of resumes cross my desk. I run a job site for MTs. I’m pretty sure I know what I’m talking about versus someone who’s worked as a production MT for a couple of years, never seen a resume besides her own and never been in a position to hire anyone except a babysitter.

If you really want to hear my pet peeve on this topic, it’s this: I’d really really like to know the purpose of telling someone who has already paid for school (non-refundable) that they picked the wrong one and they need to dump that investment and go to a different school. I’d especially like to know how the people who claim they’re looking out for the financial interests of women who can’t afford to make mistakes justify this position. To say it isn’t helpful is a huge understatement and the badgering that goes on does nothing more than create doubt and anxiety. If you want to be helpful, try something along the lines of: I think you could’ve gone with a better school but since you’re already there and paid up, here are some suggestions for overcoming what I feel are the shortcomings of that particular school.”

This article was originally published at MT Exchange on September 9, 2008.