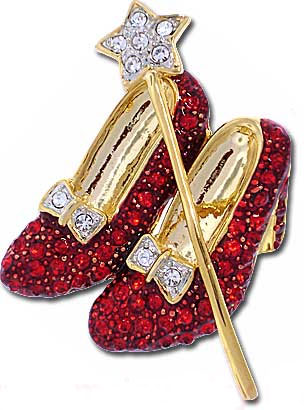 This all started, once again, at the AHDI Lounge. I’m just now getting to it because I got sidetracked by the whole MT Stars discussion. So follow me down this particular yellow brick road…

The first comment refers to the impact the VBC (visible black character) standard (explaining why this isn’t really a standard is another discussion entirely) has had on medical transcriptionist’s pay rates.  To which Laura Bryan responds:

AHDI is not responsible for issuing the “VBC”. This standard was issued by MTIA and AHIMA.

Now, just to be clear: Laura Bryan has no official position with AHDI. As far as I can tell, she never has (and I’m quite certain I don’t need to invite anyone to correct me if I’m wrong, but please let me know if I am). At the very least, however, she’s a very vocal supporter.

To which I asked – why wasn’t AHDI part of the task force on the visible black character?

@Julie, the standard was intended to address BILLING, not compensation. The MTSOs and AHIMA are most involved in billing negotiations.

When I noted that billing and compensation are related, Laura elaborates:

@Julie, I didn’t say they weren’t related. But it is common knowledge that billing is not necessarily calculated the same way as compensation. The standard was not intended to address methods of calculating line rates for the purpose of compensation.

The way I understand this statement, Laura believes AHDI wasn’t involved in this task force because it was about billing, not compensation. This is a direct contradiction to the following statement by Barb Marques in the referenced Let’s Talk About… article:

We have few weapons in the arsenal to “force” employers to alter their compensation practices. As I shared above, sometimes the only way to impact something you can’t get your hands on is to chip away at the walls around it in hopes of a breakthrough. For AHDI, that means identifying and addressing marketplace drivers that impact billing, whose inarguable bedfellow is compensation. (emphasis added)

I don’t know about anyone else, but I would certainly classify the VBC white paper as a market driver that impacts billing. And let’s not get confused as to the difference between recommending compensation rates and setting standards. When the organization was AAMT, it most certainly was involved in all kinds of standards setting, including billing.

One goal of the white paper was to provide a standard that would give the customer base the ability to compare apples to apples when evaluating proposals from outsourced medical transcription services. However, that was only one goal.

The goal was to implement a standard for content measurement that health information management (HIM) practitioners can use to evaluate in-house transcription staff and external transcription service suppliers.

And makes the recommendation:

The task force recommends that this definition be adopted by all organizations producing medical transcription, including those using in-house staff to transcribe dictation.

That’s pretty clear intent, wouldn’t you say? Anyone who thought it wouldn’t impact transcriptionists working for the outsourced services is either brain dead or sleeping at the wheel.

AHIMA subsequently issued a FAQ (frequently asked questions) about the white paper, where it states that the white paper does not call for MTSOs to change compensation methods for medical transcriptionists.

Though adoption of the VBC unit for compensation of medical transcriptionists was neither the intent nor recommendation of this paper, we recognize that some will choose to adopt it for compensation and strongly encourage those service owners to engage in the same research and analysis outlined in this paper, as well as dialogue with their transcriptionists, in transitioning to this new methodology.

I read this as AHIMA backing down from what was actually published in the white paper. I question why the white paper would recommend adoption by all organizations and specifically include in-house staff if the intent wasn’t to apply the VBC to calculating compensation.

Additionally, let me point out something maybe Laura has forgotten: not all medical transcriptionists – not all members of AHDI, even – work for a hospital or transcription service. I’m not quite sure how Laura could forget this, since she runs a medical transcription service and is obviously a member of AHDI. The suggestion that AHDI would decide to bow out of a task force attempting to set standards involving billing units because it didn’t involve compensation suggests that AHDI isn’t representing the interests of all its members.

Perhaps AHDI didn’t bow out; maybe it was never invited to the table. If that was the case, it demonstrates the weak position AHDI has in the healthcare documentation community.

In all fairness, Laura does make the point that the “standard” is being applied in a detrimental way that was most likely not intended and that AHDI did say it was not in favor of the VBC without adjusting equivalent pay. This is, in fact, stated in the white paper:

Financial analysis must be completed to establish the equivalent VBC pricing in comparison with the existing rate and unit of measure. The company must then ensure the counting and financial applications are properly configured to support the new method for consistency and verifiability. As mentioned previously, comparative modeling showing each method side-by-side on invoices will more than likely be required.

The same problem came into play when the 65-character standard was enacted. But that doesn’t excuse AHDI from taking a back seat in any attempt to set standards that impact the industry. The fact that there were problems associated with the 65-character line standard, which AAMT ultimately backed away from as a result of these issues, isn’t a reason to bow out of any further attempts to set standards that will impact transcriptionists, the industry and compensation. I would argue, in fact, that it was an opportunity (now lost) to take the lead to make sure billing standards that could impact compensation would not be used to the detriment of transcriptionists.

8 thoughts on “Standards in medical transcription”