Home »Medical Transcription Exchange»What’s in a name? The two-step continues 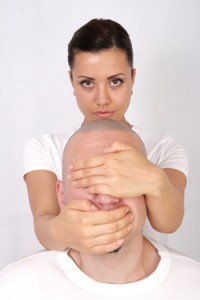 If you take comfort in knowing that some things never change, you’ll get a lot of comfort from AHDI, the association that represents… whatever it is we do.

Now, there’s an official change of title for… whatever it is we do… to (drumroll please!) healthcare documentation specialist.

Don’t for a minute think that the failure to change the title of… whatever it is we do… until years after the association’s name change has been due to the belief by the association that medical transcription is such a great job title. No, it’s because every change has to be discussed, cussed, hashed and then rehashed, task forces created and meetings held; and even after all that there will be agony, indecision and waffling, coupled with lack of communication with each other and members (not to mention the medical transcription community as a whole), resulting in confusion, anger or possibly even intense ennui because this is, after all, just the same old-same old that has become so familiar.

Until, that is, you go back to a December 5, 2011 post by Kathy Nicholls, who chaired the Model Curriculum Task Force. In that post, titled What’s in a Name?, Kathy says (talking about the name change):

[quote style=”boxed”]We found one we believe is great, and two weeks ago, the changes in the model curriculum were unanimously approved by the AHDI National Leadership Board. Are you ready for it?

That’s not the title the February 2012 AHDI “latest news” gives.

In fact, in a classic move, the AHDI National Leadership Board decided at the next meeting that it was going to second-guess not only the Task Force’s recommendation, but revise its prior unanimous decision AND make it sound like that was the title recommended by the Task Force in the first place!

Which doesn’t surprise me because I once sat in a California association board meeting where the committees gave their reports and recommendations, then the Board spent a significant amount of the meeting time acting like they’d never even had a committee, much less heard a report from one – including spending more than 30 minutes discussing whether the pins to be sold at the next annual meeting should be round or square (a decision already made by the committee). Really – they should hold these meetings in front of prisoners at Gitmo because it’s not an obvious form of torture, but it’s torture all the same. I know I was ready to do almost anything to make it stop. And although I didn’t last long enough to attend another board meeting, it wouldn’t surprise me if someone told me another 30 minutes was spent second-guessing and then reversing the prior decision.

It also doesn’t surprise me that the first unanimous acceptance wasn’t communicated to members. One would think, given the amount of time spent by the volunteers of the Task Force, and the fact that the Leadership Board was unanimous in its acceptance of the recommended title, they would’ve issued a “latest news” bulletin back in November, after the board meeting. Yet, by the time Kathy posted it at her site, it still hadn’t been announced – anywhere. So I’m not surprised, but I am highly amused that the February 2012 “latest news” includes a paragraph on (drumroll please!) Enhancing Board Communication and has established a workgroup to “look closely at this area and develop recommendations on how communications can be improved.” They have a website, a blog (or two), a Facebook page and a huge mailing list and they still have communication problems. Somehow, I don’t think a workgroup is going to resolve the communication problem, largely because the worst communication problem is internal.

This sort of leadership (and I use the word loosely in this application) is a slap in the face to the volunteers who spend the time in committees, task forces and workgroups, only to have their hard work completely ignored by the board. If the board didn’t like what the task force recommended, why did they accept it unanimously at the November meeting? I’m sure every member of that task force had work and personal lives they took time from and spent on the task force. I’m sure they thoroughly researched the issue before arriving at the recommended job title and were proud of the work they did. Ignoring for a minute what this flip-flop says about the ability of the board to actually lead, what message does this send to volunteers? Spend as much time on this problem as you need – we’re just going to do what we want anyway. What does surprise me is how this organization continues to get volunteers, much less members.

After the release of the February 2012 “latest update,” Kathy Nicholls wrote a blog post, Perhaps We’re Not Clinical After All. Comments by Susan Lucci reveal the inner anxieties and insecurities of the board – or maybe just Susan Lucci, I’m not sure.

[quote style=”boxed”]There are many groups, associations and professionals out there who would take a strong exception to us identifying ourselves as clinical documentation specialists.[/quote]

[quote style=”boxed”]The fact unfortunately remains that many of us in the field are not formally educated nor are we credentialed and that will continue to work against us.[/quote]

Is the organization leading or following here? Well, I know what my answer to that question would be – this is definitely following. If AHDI doesn’t have a relationship with CDIA (it’s partner!) and AHIMA that is strong enough for it to say “this is the new job title, please change your literature,” then I’m going to say it out loud: the organization should just fold now because it’s useless. And I really doubt the members of the AMA are breathlessly awaiting the news of a job title change for the position most of them wish/think they can eliminate completely.

And, by the way, why is it that AHDI’s partner, CDIA, identifies itself as the Clinical Documentation Industry Alliance, but the people who perform work for the companies in the CLINICAL DOCUMENTATION INDUSTRY ALLIANCE shouldn’t be called clinical documentation specialists? I wish I had an icon for a head scratcher.

As for education and credentialing, get over it. It’s always been that way and it’s not going to change. Work with what you have and stop wishing for what you don’t have and likely won’t ever have.

[quote style=”boxed”]My goal here is to state that big decisions aren’t always made in a single meeting.[/quote]

While that’s completely understandable, I have to question why the board went ahead and voted on it and unanimously accepted it in a single meeting. I’m pretty sure task forces don’t meet in secret and hide their progress from the board, so I’m pretty sure the board had a good idea, long before the November board meeting, where the task force was going with its recommendation for a job title change. In the unlikely event the recommendations made by the task force at the November board meeting came as a complete surprise to the board members, there was always the option of tabling the vote for another meeting. But it’s unconscionable, in my opinion, for the board to put out a news update and announce the thing as though the November meeting never happened, and the job title was the one actually recommended by the committee. Maybe the workgroup to improve communication can discuss that.

I’d like to end by noting this is your leadership at work, folks – but given the relatively small number of members in the organization, and practitioner members in particular, I’m happy to say they aren’t “leaders” for the vast majority of us. We can all feel sorry for anyone who pays for the privilege of experiencing this kind of leadership.

5 thoughts on “What’s in a name? The two-step continues”