Home »Medical Transcription Exchange»So you want to be a medical transcriptionist? 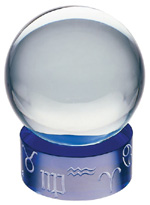 KRQE in Albuquerque, New Mexico reported this month that the University of New Mexico hospital has outsourced to Nuance and consequently laid off 57 medical transcriptionists. Two things to note in this news article:

One employee says many of the medical transcriptionists have worked there for 20 years and didn’t see this coming.

Nuance would reportedly pay a lot less than what they are currently making.

Consider this article from the Willits News (northern California), “Changes afoot at Howard Hospital,” and this snippet of information:

“On or around April 23,” according to Parker “all the medical transcriptionists employed by the hospital will be invited to become Transcend employees.”

Is there anyone reading this who believes Transcend is going to pay these MTs a comparable wage? Think about it – if the hospital is saving money by outsourcing, then the outsource company is saving them money by…. yeah, fill in the blank.

This isn’t anything new – it’s been going on for years. But it highlights the shrinking job opportunities for medical transcriptionists. Wherever MTs go online to discuss work, you see a daily plea from someone – their company has been bought by a bigger company, or their hospital-based job has been outsourced. And when a hospital outsources to a company and their employees are invited to become employees of the outsource company, those employees soon find that they aren’t even being hired to work on the account they’ve been transcribing for the past ____ years. They know they won’t be paid a comparable rate, and their benefits will be cut. I often wonder if they also realize they’re going to be scrambling for enough lines to make a living wage while sitting around waiting for jobs that never appear in their queue.

There are plenty of experienced medical transcriptionists who would still like to keep working long enough to get the kids through school, retire, or whatever other goals they have, and I get the impression that most of them are struggling to keep a foot in and still make a decent living. And now, there will be 57 more of them dumped unceremoniously into the job market. Unfortunately for them, they’re going to discover another ugly truth – Nuance isn’t the only outsource company that will pay them a lot less than what they’re making.

I have a lot of sympathy for medical transcriptionists who are treated the way these MTs are being treated. I understand hospitals needing to cut expenses. What I don’t understand is the mentality that dictates “we’re going to spring this on you suddenly so you don’t have a chance to screw us before we screw you.” It takes months for a hospital or healthcare system to select a transcription service. They don’t just call up a couple, ask for a quote, pick one and say “start in two weeks.” During that entire process, they have plenty of opportunity to involve their employees and prepare them for the change. Instead, they wait until the contract is signed and a transition plan in place and they give their MT employees very little time to look for alternatives. The reason the process is kept secret from the MTs is because they don’t want them looking for alternatives. They want those MTs to keep their fingers on the keyboard until they no longer need their services. They’re afraid if the news leaks too soon, the MTs will look for – and find – alternatives before the transition is complete. All legitimate concerns, mind you – but how about offering an incentive to MTs to stay on board through the bitter end?

There are usually a few things going on in the background of these decisions. In many cases, the hospital or healthcare system will require the outsource company to take on their existing medical transcription employees. This is done less out of concern for the employment and financial status of their employees and more out of concern for continuity. They believe their account will suffer less through a transition if veterans who are former employees transition with the account to the outsourced service. Unfortunately, while they may require an outsource company to offer to hire their MTs, they don’t usually think to require that those employees be kept on the hospital’s account. And because this happens all the time, I have to conclude that nobody is thinking gee, why would our MTs even go work for this company – they’ll be making half as much as they’re making now! Maybe they’re even thinking medical transcriptionists at this hospital have been overpaid for years.

Most of the time, this requirement is countered by the outsource company with the caveat that the MTs must meet their hiring requirements; once hired, they have to meet their production and QA requirements. They do not usually promise to keep them on for any specific period of time. Many years ago, as more hospitals started to outsource, the outsource company might even have courted the MTs they might acquire with an account, because they needed them. That’s no longer the case. Almost every MT I know who works for one of the large transcription services says that having enough work to do is always a problem and the solution to that is to ask to be put on more available accounts. The outsource company may agree to take on the hospital’s MTs, but there’s no guaranty that there will be enough work for them to actually make a living. Sadly, there are a lot of MTs who’ve worked for years without any quality assurance oversight and minimal production requirements; they aren’t accustomed to the demands or the scrutiny, and they aren’t able to meet the standards, so they don’t last long.

5 thoughts on “So you want to be a medical transcriptionist?”