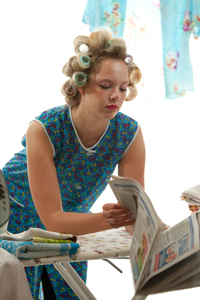 It’s not often my keyboard goes all frosty twice in a 24-hour period, but by golly – the commentable comments over at the AHDI Lounge discussion about TRSi’s announcement that it has launched a training program for medical scribes just keep rolling in.

Here’s the gem that was posted yesterday after I got busy doing other things and forgot to go back and check to see what else was going on over there. This is by Ava Marie George, a member of the AHDI Board of Directors and the president-elect.

Here we have change in our profession offering opportunity (albeit at a low rate of pay) to document patient encounters firsthand.

Various blog posts about medical scribes (my post From Medical Transcription to Scribing?, and Kathy Nicholls’ MT Tools Online) make it clear that it’s very questionable at this time whether or not this is a career transition or change for medical transcriptionists.

Even more important, we’ve been battling perceptions about medical transcriptionists for years, ones that have resulted in deteriorating pay and work conditions. I have a fundamental disagreement with the direction AHDI has taken in an attempt to increase the value of medical transcriptionists (i.e., that MTs have a responsibility to ensure the accuracy of the record). Is she really saying that MTs should be jumping up and down to do this job all for the joy of being in the same room as the doctor and the patient? Because that, to me, seems like a giant leap in the wrong direction.

In reading that statement, I get a mental image of some scene from the 1950s (the woman, of course, is wearing a dress, high heels and an apron). Golly gee, doctor! You don’t have to pay me much, I’m just so happy to be here working with you! Excuse me a minute while I drag out my virtual barf bucket.

Are we willing to change our point of view and take a lower rate of pay to assure that the documentation is correct?

Here’s a news flash for Ms. George, and anyone else who thinks this line of thought is worth pursuing: I work for the money and no other reason. I don’t care what slippery slope AHDI has committed itself to, those records belong to the physician and it is the physician’s responsibility to make sure the documentation is correct.

Which one of these people do YOU think should be responsible for making sure the documentation is correct?

I’m just flabbergasted that the president-elect of AHDI would think this way, much less say it in public. At least the college students who take this low-paying job are doing it because apparently it looks good on their resume and there’s a motive behind the madness. Not so with MTs who would transition to this job. You’d just be trading one low-paying job for another – only now you have to get dressed and drive to work. I don’t know about anyone else, but I don’t love medical records documentation enough to do that. If I was going to pay the kind of money TRSi is charging for this 6-month program, it wouldn’t be so I could get a job that pays $8 an hour. If you just think it’s thrilling to work in a doctor’s office, there are a number of jobs that require little to no education and/or training and here where I live, they start at $10/hour.

Let the train leave the station, Ms. George. Some of us would rather pick a new train than stay on one that’s just headed in the same wrong direction as the one we’ve been on.

3 thoughts on “Whose medical records are they, anyway?”